Mommy made pizza today. It was yummy. If you want to know how Mommy made this yummy pizza, just go to the grocery store and go to the frozen food aisle. Buy a pizza. Cook the pizza in your oven. Put it on a plate. Yummy! 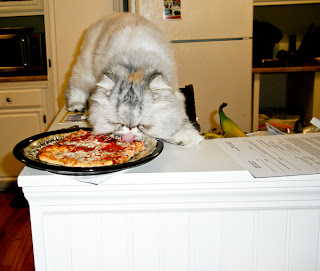 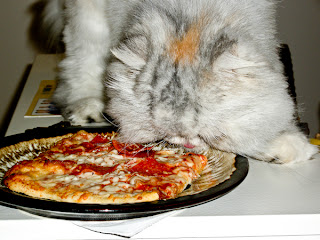 Posted by Meggie the Bad Cat at 6:47 PM No comments:

Our Aztecs may have lost, but the Wildcats beat number one Ohio State. How could that have happened? Maybe it's just better not to be number one. They try harder.

Mommy knows a lot about the Wildcats. She lived in Kentucky for a very long time. She says that Kentuckians live, breathe and eat sports, especially basketball. She thinks basketball may even be a religion in Kentucky.  Everyone in Kentucky loves the Wildcats.

Mommy says Kentucky is one of the very few places left in the United States where you can meet a real hillbilly. A lot of people in Kentucky also love tobacco. She says that in Kentucky children as young as four years old chew tobacco. (Maybe younger.) She also says they have a lot of guns in Kentucky. She saw people wearing guns in holsters on their hips. She told me it was very scary at times, especially when you went out in the boonies where the hillbillies are. She says the U.S. military would have difficulty beating the people in Kentucky. They are ready for war! She says that if Osama Bin Laden could be sent to Kentucky that he would be as tough to find as Jimmy Hoffa. (Who the H is Jimmy Hoffa?) The Kentuckians would take care of him in short order she says.

But I like the Wildcats.
Posted by Meggie the Bad Cat at 10:16 AM No comments:

Mommy went to see Chico yesterday. I would love to see Chico. I would eat Chico quick as a blink. Mommy made a video of Chico and showed it to me and I think it's very funny. Chico is quite a character. I do hope Mommy doesn't love him more than me. 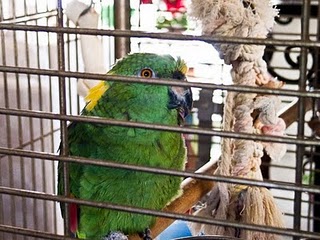 Since Mommy and I moved we don't get to see our friend very often. Mommy finally went to her house - the first time since before Christmas. She went to pick up her Christmas present, which she just loves. Here it is! 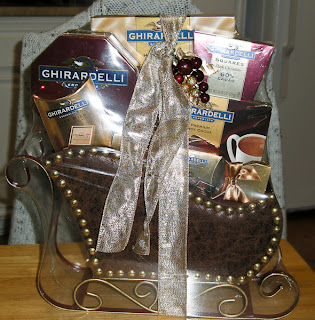 GHIRARDELLI CANDY!!
Posted by Meggie the Bad Cat at 6:51 PM No comments:

Mommy and Daddy went to Lake Hodges today and brought back some pictures to show me. Now I'd like to show them to you. The lake is spilling over the dam which hasn't happened in about seven years I think. Mommy says it's because there has been a lot of rain in San Diego this winter. 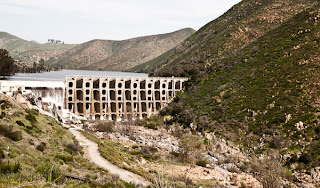 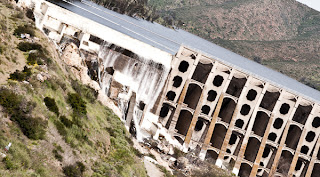 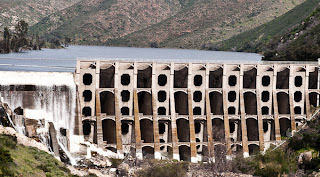 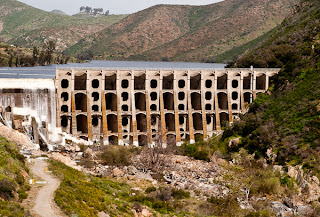 And here is a video for you to watch.
Posted by Meggie the Bad Cat at 6:41 AM No comments:

I'm in the Cupboard Again

Mommy says I'm very sneaky. Every time she turns her back I jump in the cupboard. I guess I was just born a bad cat. I didn't break any mugs this time, so I guess that makes me pretty good I'd say. 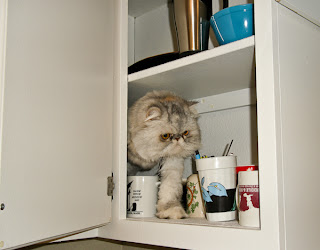 Yesterday Mommy and I watched the Mountain West Conference Championship. Mommy and I were rooting for SDSU. They creamed BYU 72-54. 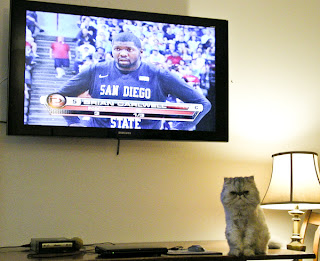 Go Aztecs!
Posted by Meggie the Bad Cat at 4:26 PM No comments:

Mommy Bought Me a New Sack

Mommy comes home with the neatest stuff. She brought me a new sack and I love it. This morning I'm sleeping on it, but last night when she brought it home I figured out how to get into it. Mommy took pictures of me playing with my new sack. 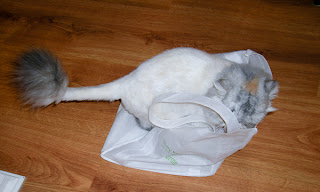 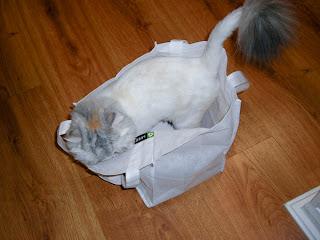 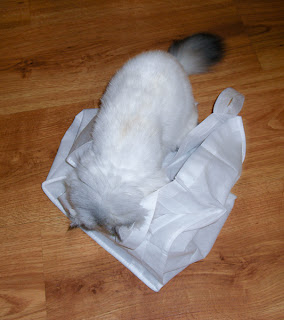 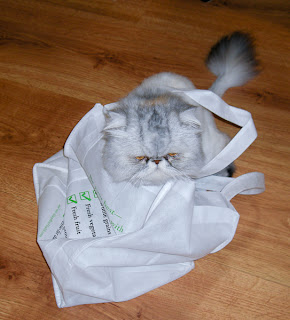 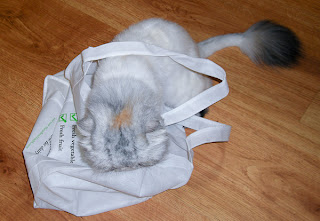 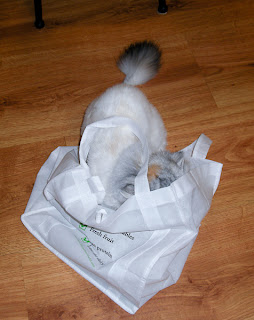 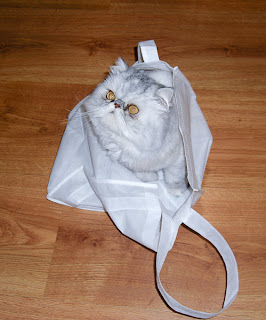 Posted by Meggie the Bad Cat at 8:27 AM No comments:

Me and the Black Thingy

I do not know what you call this thing I am in. All I know is it is Mommy's. Some day I will ask Mommy what it is. I'm sure she knows the answer. She knows everything! At least that what she says. 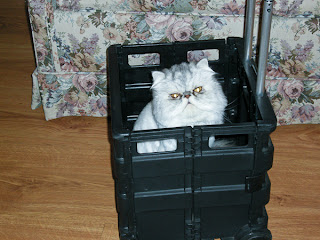 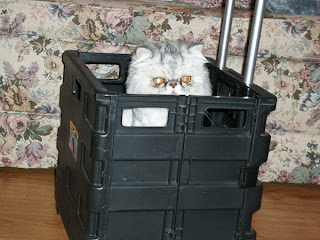 Posted by Meggie the Bad Cat at 7:20 PM No comments: